PAINSTAKINGLY, year after year, this site has exposed the linkages between Jihadi terrorism and money laundering, as well as its evil “cousin”, narco-terrorism – notwithstanding certain risks.

NOT only that, gold laundering has been uncovered alike.

EVEN so, higher-ups in the FBI, DOJ, and related AG offices ignore bullet-proof evidence, despite being handed – on a silver platter, so to speak – to top brass. How can this be? Simply, they are Islamic (and leftist) captured agencies. Want proof? Well, for starters, just follow the Jihadi trail within “Islamic Money/Gold Laundering in Massachusetts Finances Jihad: FEDS Ignore Evidence.” As excerpted, May 8, 2015:

……Most significantly, an informant (vetted by an impeccably credentialed counter-terrorism contact) handed over very detailed information (which is not posted for various reasons) with NAMES, ADDRESSES, TRAVEL plans, etc to relevant FED agencies.
These agencies include the FBI, the Attorney General’s Office in Massachusetts, and the IRS. They all refused to investigate said charges. Why?
Conclusively, the following response (going back to Aug. 2011) to said (courageous) informant should serve as prima facie evidence (Exhibit One), attesting to the FEDS utter refusal to even look into the charges, which more than met the criteria for immediate investigation.
The Attorney General of Massachusetts

THE COMMONWEALTH OF MASSACHUSETTS
OFFICE OF THE ATTORNEY GENERAL
ONE ASHBURTON PLACE
BOSTON, MASSACHUSETTS 02108
MARTHA COAKLEY
ATTORNEY GENERAL
(617) 727-2200
http://www.mass.gov/ago
August 23, 2011
Dear Mr. XXXXX
The Attorney General’s Office has reviewed your recent inquiry to the Criminal Bureau for the purpose of deciding whether to assign this matter within the Criminal Bureau for a more comprehensive review of the facts, make an inquiry on your behalf, or intervene in this matter.
The Criminal Bureau of the Attorney General’s Office receives inquiries and alleged complaints on a daily basis from citizens, police departments and other governmental agencies. Every such inquiry or complaint is reviewed and a decision made whether to take action on the inquiry or complaint. This type of evaluation is necessary because the volume of complaints and inquiries we receive, coupled with the finite resources available, precludes the Bureau from investigating and prosecuting every
allegation that is brought to our attention.
I am advising you that the Criminal Bureau will not be conducting any further review or investigation of your complaint.
I am sorry that this office cannot be of further assistance to you.
Sincerely,
XXXXX
Assistant Attorney General
Criminal Bureau
/cb
Since then, several attempts (most recently, within the first quarter of 2015) were made to re-engage the FEDS by Dave Gaubatz, a premiere counter-terrorism expert. Nevertheless, it was to no avail.
Can readers dare imagine the sheer amount of terror operations financed since 2011 due to their inexcusable refusal to investigate (provable) Islamic Jihad in the heart of Massachusetts? …..continue reading the ugly truth…..
RESULTANT, is it any wonder that VISA and MASTERCARD feel safe and secure enough to grant unfettered access to KNOWN Jihadi terror masters (as well as their families), only to cut off access to an increasing amount of counter-jihadists – and right under the “watchful” eyes and ears of the FEDS? You decide.

David Horowitz is a right-of-center Jewish civil rights activist who exposes terrorists, especially those who want to kill Jewish people. Recently, MasterCard and Visa temporarily blocked David Horowitz’s organization, the Freedom Center, from taking online donations, accusing it of being a “hate group.” Meanwhile, top Hamas terrorist Husam Badran has been walking around Doha, Qatar with a Visa debit card, and, quite likely, a MasterCard credit card, in his wallet. Badran is a major money launderer and a mastermind of some of the designated terrorist group’s most heinous murders of innocent Jewish men, women and children. That, apparently, doesn’t stop him from holding Visa and Mastercard plastic.

In April of 2016, Qatar National Bank (QNB), where Mr. Badran has kept an account since August 4, 2015, was hacked, with its entire customer database leaked on the Dark Web. I helped analyze it for Shurat HaDin, the indispensable Israeli law group renowned for representing Israeli terror victims in American courts.  Within the database, I found Mr. Badran’s account and personally-identifying information. Shurat HaDin’s sources in Israel confirmed his identity and bank account information. His debit card is a Visa product called Visa Electron, and all the transactions he makes on it, including ATM cash deposits and withdrawals, are routed through one of Visa’s two payment processing centers in the United States. Visa did not respond to a request for comment for this column. Based on the Visa debit card number, it seems to be linked to a MasterCard credit card issued by the Qatari branch of United Bank Limited, a British bank.

Mr. Badran’s credit history in Qatar is quite recent. He spent 2002-2011 in Israeli prison for his role in orchestrating the early Second Intifada suicide bombings of the Dolphinarium disco in Tel Aviv, of the Sbarro pizzeria in Jerusalem, of a Passover Seder at the Park Hotel in Netanya, of the Matza restaurant in Haifa, and several others. More than one hundred people were killed in these attacks, with hundreds more maimed and crippled. Previously the head of the Hamas military wing in the northern West Bank, Badran was released by Israel in the Gilad Shalit prisoner swap in 2011. Once free, he moved to Qatar, where he became the terrorist group’s chief spokesman – and where he got himself Visa and, likely, Mastercard plastic.

The anti-Semitic British Labor Party leader Jeremy Corbyn is currently under fire for meeting with Badran and other Hamas terrorists in Qatar shortly after Badran’s release by Israel. No wonder – from Qatar, Badran issues calls for the murders of Jewish civilians, proclaims successful murders as “heroic operations,” and launders massive sums of money for Hamas in the West Bank. Just a month before he opened up his Visa Electron account at Qatar National Bank, the Israeli Shin Bet security service revealed– and global media widely reported – that Badran was moving hundreds of thousands of dollars to a Hamas terrorist cell in Nablus through a complex terrorism financing and money laundering scheme.

Husam Badran is not the only terrorist financier who has a Visa Electron debit card from Qatar National Bank. Yusuf Qaradawi, whom the Anti-Defamation League has dubbed the Theologian of Terror and who has called for Jews to be slaughtered “down to the very last one,” has had a Visa Electron debit card since he opened his account at the bank on September 20, 2006. Qaradawi is the chairman of a Hamas charity called Union of Good, which has been listed as a Specially Designated Global Terrorist group by the U.S. Treasury Department since 2008. And yet I have found a total of twenty-nine different Visa and MasterCard debit and credit cards issued to him and his family members through Qatar National Bank long after Qaradawi’s charity was designated. Two of his daughters even have Platinum and Titanium cards from the two payment processing giants.

The financial compliance department at Visa, and, likely, the one at MasterCard, seem to have rather peculiar priorities. An Islamic terrorist can get himself some plastic right after he’s caught laundering hundreds of thousands of dollars for Hamas. At the same time, a Jewish civil rights activist can get himself blocked by Visa and MasterCard because he runs a group that criticizes Islamic terrorists. The Visa and MasterCard financial compliance departments might, for now, be more interested in cutting right-wing Jews off from the United States financial system; but it is terrorism financing that the United States federal government is after. Compliance executives at the largest payment processing giants in the world ought to understand the potential legal consequences of having Hamas and Muslim Brotherhood leaders as clients.

Federal criminal statutes outlaw material support for criminal terrorist acts and for specially designated terrorist organizations. Providing debit cards to top leaders of Hamas like Husam Badran and chairmen of Hamas charities like Yusuf Qaradawi is almost certainly within the realm of material support for terrorist acts and groups as defined by these statutes and Supreme Court jurisprudence, which includes financial services, as well as expert advice or assistance. There is little to no doubt that Badran and Qaradawi themselves would be proven guilty of material support for terrorism due to their key roles in raising money for Hamas – if the U.S. government was able to catch them. Instead, the U.S. government can just go after Visa. Since Husam Badran presumably derives his personal income from his work for Hamas, the personal money that he deposits, withdraws, and spends using his Visa Electron card is therefore derived from the proceeds of material support for terrorism, which is a predicate crime under money laundering statutes. As a result, whatever part of that money he spends on promoting further terrorism financing or terrorist violence, makes him guilty of U.S. money laundering “promotion” crimes – and creates criminal liability for Visa and, likely, MasterCard as his financial institutions under several money laundering laws…..continue reading, if you dare….

INEXORABLY, Mohammedans, aided and abetted by MASTERCARD and VISA,  take the following (out of countless) Koranic (murderous) dictates to heart:

“Allah on 480 occasions in the Holy Koran extols Muslims to wage jihad. We only fulfil God’s orders. Only jihad can bring peace to the world.” — Taliban terrorist Baitullah Mehsud

“Jihad, holy fighting in Allah’s course, with full force of numbers and weaponry, is given the utmost importance in Islam….By jihad, Islam is established….By abandoning jihad, may Allah protect us from that, Islam is destroyed, and Muslims go into inferior position, their honor is lost, their lands are stolen, their rule and authority vanish. Jihad is an obligation and duty in Islam on every Muslim.” — Times Square car bomb terrorist Faisal Shahzad

“And now, after mastering the English language, learning how to build explosives, and continuous planning to target the infidel Americans, it is time for Jihad.” — Texas terrorist bomber Khalid Aldawsari

INCONTESTABLY, the above is merely the bloody tip of the “in-bed” nexus between U.S. based (global) financial entities and Allah’s terror masters – be they major or minor league, or anywhere in between the Jihadi continuum. Guaranteed, a mockery is made of the so-called, much heralded COUNTERTERROR INITIATIVES IN THE TERROR FINANCE PROGRAM by the U.S. government.
AND the fact that PAYPAL has joined the fray, well, this author and investigative journalist was none too shocked when “Watchdogs of Our Freedom”, a/k/a WOOF, felt compelled to go on the offensive. Counter-attack. 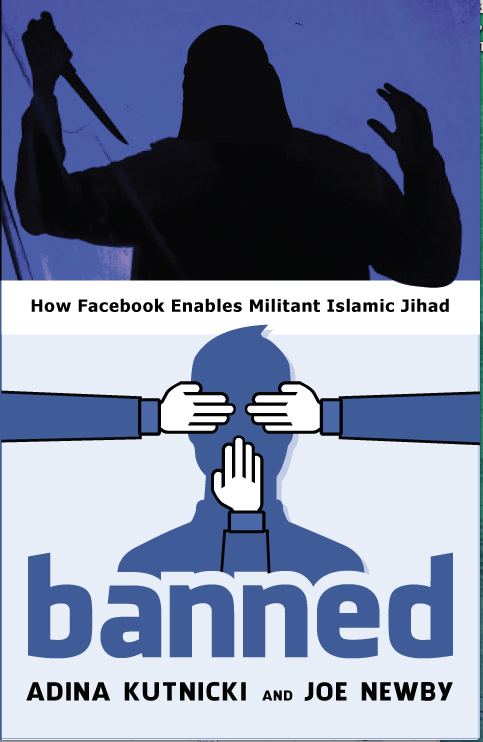 SO, how unnerving is all of the above, especially, upon realizing where it leads – once it all comes out “in the wash”??