THIS site rarely delves into purely personal matters. In fact, the last time was in February 2017. Nonetheless, in the spirit of Thanksgiving, a “public service” warning (as it happens, its intersection is with a personal tragedy) is more than appropriate. Indeed, while one should always be mindful of counting one’s blessings, an intrinsic part of living life with gratitude requires an awareness of life-and-death dangers – keeping them at bay, wherever they lurk.

A motto to live by.

MORE specifically, it is understood that Adina Kutnicki: A Zionist & Conservative Blog, first and foremost, tackles dangerously pressing issues relating to the security of the U.S. and Israel – with Islamic Jihad in the forefront. It is due to its “delicate” underpinnings that a decision was made not to monetize the platform, in so far that advertisers become “silent” partners, thus, beholden to. But that doesn’t mean that others are not involved, albeit, sans financial input.

THAT being established, if a personal situation crisscrosses with a critical public concern, well, it becomes necessary to dig up certain “skeletons”, painful as it is. This is one of those times.

BUT before its essence is laid bare, it must be noted that this author has a healthy respect for physicians, that is, when deserved. Not only that, how shocking was it to find out from a Doc – one who is up close and personal – that ZETIA (hawked by behemoths Merck and Schering-Plough) is still going strong, despite ALL the evidence that it led to many deaths – my late husband’s included, back in Feb. 2008! Why the topic came up – at this point in time – is neither here nor there.

BE that as it may, this revelation led the aforementioned Doc to perform a top to bottom surgical review, colonoscopy-like, of (meticulously kept) medical and prescriptive files from 2000-2008. In no uncertain terms, a more than damning indictment against Merck and Schering-Plough and the “physician of record” emerged. Mind you, the fact that he had the reputation of being a “Top Doc” in Ridgewood, N.J. – an area in Bergen County which is not only known for its affluence, but its access to the “best of the best” – didn’t enter the evaluation.

ONTO the public interest warning at hand: Where there’s smoke, there’s fire. The case.

TO wrap up this loathsome public interest case, it is stipulated: Class action lawsuits are the main vehicle to hit the pharmaceutical industry (and other bad faith actors) where it hurts most – ala their bottom lines. On the other hand, oftentimes, it is also true that tough decisions are required to “right wrongs.” More pointedly, when it comes to seeking some measure of personal justice, it just depends.

IN this regard, on the personal side of the ledger, the boiling rage kept coming back to the “physician of record.”

AFTER all, it was he who knew, first hand, of the increasingly complained about adverse effects via discussions which took place (over several years) at quarterly check ups to “monitor” the efficacy of blood levels; it was he who kept insisting that ZETIA was the “be all and end all” to avoid a heart condition, that which had even been ruled out as an issue through yearly cardiac tests. In other words, the so-called preventative measure turned out to be the death sentence!

BUT after relying on this “Top Doc” (who continuously harped on and hyped-up the long-range “benefits” of ZETIA….having witnessed his mantra during some of their post check-up discussions) for a few years, a consult with another physician was made. In an eerie twist of fate, tragically, two weeks before the appointment, he died very suddenly.

TO wit, a decision was made to hold this “Top Doc” to account and to leave it to others to deal the (dirty) drug makers a financial blow. Thus, with a volume of evidence in hand, the negligent (some might say, self-serving) physician was brought to the attention of the State Attorney General’s Office in N.J. – with the capable assistance of an influential “birdie.” In short order, the case was immediately referred to the State Medical Board, which agreed that appropriate Disciplinary Action was warranted. Thank G-d for that. In furtherance of personal justice, the public interest was also served – although it was nowhere on this radar at that time. Regardless, his tarnished record is front and center at the State’s “physician profiles” website, to be reviewed by those who want to check on this one’s and that one’s credentials before hooking up. Now, that’s a public service!

EVEN so, most significant for the reader is the public interest concern.  Effectively, AFTER class action lawsuits exposed the not so hidden dangers of ZETIA, the drug makers accomplished an end-run (with many helping hands by the FDA and a horde of lobbyists) by re-branding ZETIA under its generic name, EZETIMIBE, a kissing cousin – never mind the deadly facts! Yes, a new marketing campaign and full court press was cranked up. Basically, the lure of its cheaper cost is endangering a new generation of users. 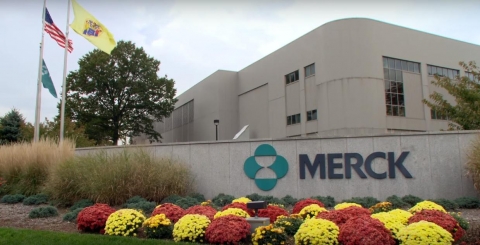 (Billions in revenue from Merck’s Zetia is set to be challenged as Endo launched the blockbuster’s first copycat – Dec. 2016)

MIND you, even though Merck and Schering-Plough settled millions in claims, they are non-pulsed. Non-chagrined. Besides, they know – as do others – that said costs are a small price to pay, when factored into the billions more to be made down the line.

CONSEQUENTIALLY, the question remains: Who deserves more punishment – the prescribing physician who is duly aware of ZETIA’s fatal “adverse effects”, yet, pushes it for this or that reason, or the corrupt-ridden drug companies, which not only fail to alert the public when the evidence is in, but continue to advertise its medicinal “wonders” to an unsuspecting public? You decide.

CONCLUSIVELY, view the above as a Thanksgiving “gift” to this site’s dedicated readers and their loved ones, many of whom may be advised by their physician to use ZETIA; if not now, perhaps, in the future.

PAY THIS PUBLIC INTEREST INFO FORWARD – BEFORE AVOIDABLE AND INCALCULABLE LOSSES ARE SUFFERED!!