IT is hard for many to recall a time when being online hasn’t been a part of their lives, be it on an hourly, daily, weekly, or some such regular basis. This is surely the case for those who are coined millennials, as many entered their teens on the cusp of the World Wide Web, the thrust of the modern internet. It has become their (and others) second skin.

ON the other hand, even though countless from previous generations are benefiting personally and professionally from the internet – some of whom have become experts among experts as top-flight CEO’s in hi-tech – the fact remains that many did just fine before its “birth.” Yes, there was life before its advent as a mainstay for all types of communication!

THAT being said, imagine the reactions….the gasps….when hearing about those who purposefully remove (most of) their online footprints, thus, inquiring: have they taken leave of their senses? and how are they going to move forward? 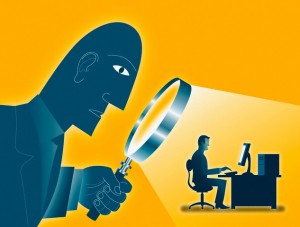 EVEN more so, what about when one jumps off social media, in particular, erasing all linkage from Facebook the de facto Internet since nearly every site connects to it? Concomitantly, isn’t it a form of social heresy and a kamikaze response to whatever precipitated said action? Not at all. Besides, knowing a thing or two about the power of Facebook, well, the advice within is: carefully weigh the risk-benefit ratio! Again, this position is hardly coming from someone who is blowing hot air. Not only that, for the most part, there are underlying reasons why some shouldn’t hop on board in the first place, never mind being smart enough to realize when it is time to get off. Know this: all is not (always) as it seems. Don’t be so quick to judge.

STIPULATED, too many would rather eat dirt than give up what has become a lifeline, for whatever outlet the internet and online community offers. Mind you, this discussion does not include criminally bent reasons to “disappear”, such as, hiding from law enforcement and the like.

REGARDLESS, it is hardly the case that erasing ones online footprints is an easy task. And even if one is capable of following google’s (supposed) poof-like directions, it is much more complicated than type and click. In reality, it takes concrete tech savvy to become “invisible.” So you either gotta have some serious bucks to spare, or be fortunate enough to be connected to someone who is a techie and will do it for love and not money!

BE that as it may, this commentary has an unanticipated twist, one which this site’s readership would hardly expect. In other words, how can an investigative journalist, Brotherhood Mafia expert, in general, a counter-jihadist, suggest leaving the online domain? Exactly. But never mind this site’s raison d’être.

STILL yet, none of the above obviates the fact that the dangers lurking within the internet require all due deliberation and diligence. Paradoxically, this is despite the fact that reliable news is gleaned through alternative media housed within the internet, a valuable byproduct. Nevertheless, catching up on global and national events is a far cry from exposing oneself for all the world to see, some of which involves high risk, life and death, for certain individuals. Inherently, one can still read online news but keep one’s exposure to a minimum. But how to do so is best left to qualified techies.

FOR this discussion, most significantly, the following two arenas cover some of the dangerous territory. Its basis should be viewed as prime exemplars but hardly exhaustive. In any case, let’s first head to the kiddies, to the Sexual Predators Who LIVE and LURK Online!

AND this is not a fairy tale!

THANK heavens for the latter’s decision, otherwise, he may not have lived to tell the tale and (eventually) become a significant other. And having recently read the entire police/investigative file on said stalker, hair-raising hardly begins to describe it. This descriptor is coming from one who has a stronger constitution than most. Understood?

EVEN so, the following is one of life’s ironies: the aforementioned Doc recognizes that the work within these pages is wholly imprinted with millions of footprints, and it is what it is. Regardless, duly supportive, although (quietly) apprehensive. To be sure, filled with gratitude and side by side.

BUT as momentarily interesting as personal stories may be to readers, they are quickly forgotten. Indeed, stats are stats and they dare not be ignored. Thus, consider some sobering facts and truths. Mind you, stalking didn’t start with the internet. However, its inherent dangers have become exponentially more acute since its rise via readily available footprints. No doubt.

More than 20% of physicians say they have been stalked by a current or former patient, according to a survey presented at the American Psychiatric Association‘s annual meeting.

8. Ordering or cancelling services or goods;

Based on the responses, the researchers found that:

According to the surveyed physicians, the most common stalking behaviors in patients are unsolicited phone calls, letters, faxes, and emails. Meanwhile, unwanted personal approaches and loitering were among the least common behaviors.

Which physicians are stalked
The survey found that male and female physicians report stalking at about the same rate, although female doctors mostly reported male stalkers while men reported being stalked by men and women equally.

No specialty was particularly prone to stalking in the survey.

The survey also found that:

IN a (psychiatric) word, think: transference. Concretely, from a patient to (the “god-like” figure of) one’s doctor.

TO wit, the next time you hear about others removing themselves from cyberspace, going through great pains to become “invisible”, know that all is (usually) not as it seems.

AS is said…Walk A Mile In Their Shoes….

1 thought on “When Is It Time To “Erase” Ones Digital Footprints? Prepare For Some Truths. Twists. Commentary By Adina Kutnicki”