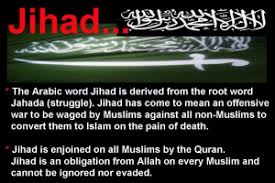 HOWEVER one slices it, there is little doubt that the west is dealing with the deadliest scourge known to man, and this is not a reference to Ebola! Yes, infectious diseases must be eradicated but there are protocols to deal with them through modern medicine, IF containment is the goal.

A duo of Palestinian singers has posted a song that encourages Palestinians to commit infanticide by using their cars to ‘run over’ Israeli babies, apparently inspired by a recent incident in which a Palestinian driver did just that.

“Run over, run over the 2-month-old baby girl – that’s how we get back at them,” went the lyrics according to a report on the song by Israel’s Channel 2 News.

The rallying cry was strikingly similar to an attack October 22 in which a Palestinian driver slammed his vehicle into a group of bystanders at a Jerusalem light rail station. A 3-month-old baby girl, Chaya Zissel Braun, a U.S. citizen, was one of two killed when the car rammed into her stroller, sending her flying into the air.

THAT being said, one must bear uppermost in mind what Winston Churchill foretold about the ravages of Islam:

Individual Moslems may show splendid qualities, but the influence of the religion
paralyzes the social development of those who follow it.  No stronger retrograde
force exists in the world.  Far from being moribund, Mohammedanism is a militant
and proselytizing faith.  It has already spread throughout Central Africa, raising
fearless warriors at every step, and were it not that Christianity is sheltered in the
strong arms of science, the science against which it (Islam) has vainly struggled,
the civilization of modern Europe might fall, as fell the civilization of ancient Rome.”

BASICALLY, only those living in a parallel universe haven’t heard about the savagery committed in the name of Islam, but some barbarism stands out, if you dare imagine.

AND when one considers all the head chopping in the name of Islam, as well as sacrificial burning, is there anything they won’t commit to satiate their pagan Allah? Of course not.

About 200 or so in the small Christian community of Lahore, Pakistan, took to the streets in hopes to raise awareness towards the country’s poor treatment of Christians. Some signs held by the protesters read, “Christian carnage in the name of blasphemy should be stopped” and “the government has failed to give protection to minorities,” the BBC reported.

Prime Minister Nawaz Sharif recognized the need for more acceptable law enforcement practices, calling the mob-killing an “unacceptable crime.”  He added, “a responsible state cannot tolerate mob rule and public lynching with impunity. The Pakistani state has to act proactively to protect its minorities from violence and injustice.”

Even Pakistan’s Muslim community isn’t free from danger when accused of having “insulted” the country’s dominant religion.

On Thursday, a police officer hacked to death an individual who allegedly “insulted the Prophet” during an interrogation. The victim, Syed Tufali Haider, got into an argument with officers before hurling an insult about Mohamed. What the Daily Mail describe as a “senior Police Officer” then reportedly struck the detainee in the neck with an axe, which caused immediate death.

“Assistant Sub-Inspector Faraz Naveed, 36, became very angry on hearing the derogatory remarks against the companions of the Prophet and he killed the detainee with an axe in the lock up,” said an officer regarding the incident.

A recent Pew poll showed that 75 percent of Pakistanis believe: “Blasphemy laws are necessary to protect Islam in our country.” Pakistan’s blasphemy laws entail that insulting the prophet is punishable by death.

NOW that that is settled, we turn to increased jihad in America, even as apologists attempt to opine that lone wolves are to blame and that jihad in the name of Islam has nothing to do with Islam! Hogwash.

Over the weekend, the FBI announced that it would treat Islamist Alton Nolan’s alleged beheading of Colleen Hufford, 54, as a case of workplace violence. That despite the fact that Nolan’s Facebook page contains a picture of Nolan giving the ISIS salute, multiple pictures of Osama Bin Laden, a screenshot of the 9/11 attack on the World Trade Center, and a quote reading, “I will instill terror into the hearts of the unbelievers: smile ye above their necks and smite all their fingertips off them….”

REGARDLESS of all the jive talk – via the actual barbarians and their apologists – the fact of the matter is that jihad in America is on the rise and it will not cease. Yes, decapitation will tick towards the upswing, if interventions are not in the offing. In fact, the “art” of head chopping will skyrocket, if left unattended. Not only that, but people become immune to shocking acts, once all manner of barbarism enters their national sphere. It is just the way it is.

SO aside from flying heads and all the heretofore attacks in the name of Islam inside the U.S., readers should add cannibalism to the list!

A man in North Carolina, who calls himself “Pazuzu Algarad,” murdered two prostitutes in a sacrificial ritual dedicated to the Middle Eastern demon Pazuzu, and then ate their flesh. When investigators entered his home they found, not only a very tense and dark presence, but also Arabic script spray painted throughout the place. The media payed little to no attention to this, but we at Shoebat.com did an investigation of our own. What we found is quite startling: this evil monster was a huge supporter of the Islamic religion and jihadism, and followed numerous jihadist groups on the internet. We did a whole video on this here:

HOW many ways, how many times, does it need to be stated: Islam is incompatible with western norms. Its basis, Shariah law, must be beaten back in America before it is too late, if it isn’t already!

4 thoughts on “Jihadi In N. Carolina:Cannibalism, A “Tribute” To Islam!Commentary By Adina Kutnicki”