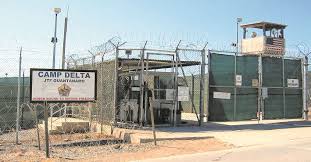 EACH “guest” housed at GITMO is cause for celebration. After all, only the worst of the worst are scooped-up for this designated “honor.”

NOW, when it comes to the upcoming tribunals, only one is a surprise. The rest — not so much!

AS per the first:

AS per the second:

AS per the third:

WHILE we can all agree that Alec Baldwin is a Hollyweird scum-bag, this writer can only venture an educated guess, as per his scoop-up. And since so many of his fellow travelers are deep into kiddie crimes, well, perhaps,

AS per the fourth:

and on and on her treason goes.

Sources at the U.S. Navy Judge Advocate General’s Corps and the office of Marine Corps General David H. Berger have confirmed the following upcoming military tribunals. Real Raw News has no additional information on their arrests at this time.

Sec. of Agriculture Thomas Vilsack — May 9

Real Raw News will provide more details as we receive them.