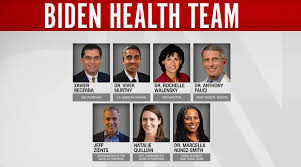 BEFORE we head to the heart of the matter, let’s cut to the chase: Crooked/Dementia Joe’s Health Chief, Becerra, is an evil dude. Yes, he is. As such, he is deeply in bed with the global plandemic via all of its manifestations. Much of it can be accessed below.

NOT only that, it is hardly accidental or coincidental that a recent piggy-back, companion analysis (to today’s) reared its head in the fashion that it did, that is, CCP-wise!!

TAKE a peek at the excerpt below, as per the following within,

….. Even so, those who obey the next round of draconian dictates from the deep state, well, fool me once, shame on you. Fool me twice, shame on me. Not only that, how many have wondered why the very same CCP has recently adopted the insane “zero covid” policy, in turn, exacting a brutal lock-down in Shanghai, its largest, richest, and most prominent city?? Could it be that this template was planned to set the global stage to be followed by the deep state, and, with it, knock-on effects throughout the world?? ….

The U.S. military claims to have intercepted an email authored by HHS honcho Xavier Becerra that applauds Xi Jinping’s “zero Covid” policy and use of internment camps to quarantine and torture Covid-19 positive citizens.

A “White Hat” source at U.S. Army Cyber Command, Fort Gordon, told Real Raw News that “the good guys” have been intercepting Deep State emails since the inception of the plandemic. Most intercepted correspondence, he said, is benign chatter and mindless drivel—discussion of family vacations, favorite sports teams, and other jabber. Occasionally they capture messages encrypted with Pretty Good Privacy (PGP,) a commercially available cypher that was once recommended by Edward Snowden but later found to have vulnerabilities. But since it’s so simple to crack, Cyber Command treats all decoded emails as disinformation or trolling unless JAG independently verifies the contents.

“The Deep State’s adept at playing games; they know we’re watching. A while back we got a few poorly encrypted emails that Pelosi sent to Chuck Schumer. When we decoded them they read ‘Go F*** yourself and Donald Trump.’ We’ve gotten that and similar,” our source said.

But Becerra’s message to CDC Director Rochelle Walensky and Kamala Harris was written in plain text.

“…That we haven’t adopted President Xi’s method of rule is a shame. Quarantine camps are the right idea, but we’re so fearful of scrutiny we won’t use them ourselves. I know we’re in agreement that it’s really about time to teach this country who’s really in charge. President Xi does it—not taking shit. I’ve talked to Antony [Blinken] and he shares my opinion on this matter. We need to step up our game or get a real man like President Xi in charge here,” part of the email read.

Despite the inflammatory context, Cyber Command is not yet taking the message at face value.

“We see a few possibilities. It could be another trolling attempt. It could be legit, and he forgot to encrypt it. Our SOP is to authenticate that he drafted the email, which he did, and then we send it to Navy JAG for further investigation. They’ll do a deep dive on it. And if they feel he was being authentic—well, that’s treason and seditious conspiracy. We’ll also be watching for other emails written by him or the ones he sent it to,” our source said.

Real Raw News has established in previous articles that Becerra, though a low man on the Biden totem pole, played a key role in the Plandemic and attended numerous private meetings at which he, Walensky, Fauci, and other members of Biden’s criminal Covid Task Force conspired to enslave law-abiding American patriots. Some of them are now gone, either awaiting trial or dead, and hopefully Becerra will inevitably stand accused at his own military tribunal.