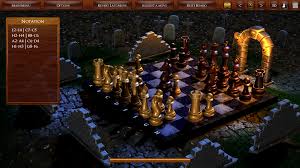 BEFORE this report proceeds any further, this and that provisio must be made crystal clear, but in no particular order of importance. They are all highly relevant.

♦ “45” has never been gone, that is, from the seat of power — as he (and his trusted team) safeguards American interests, even if it appears otherwise. Effectively, serious strategists (akin to 3D chess players) understand that the only way to unmask lethal foes is to operate unseen. Stealth-fully. Indeed, the deep state via its demonic plans (for America and the entire west) must be dealt with as such, thereby, giving them the space and maneuverability for the temporary infliction of pain, kinda, in a “show and tell” of hell. Invariably, akin to parental “tough love!”

♦ The deep state (under Fauci’s wings) has invested heavily in offensive bio-lab weaponry throughout the world, most tellingly, housed within the landscape of the criminal regime in the Ukraine — fronted by Zelensky; a globalist bought and paid for whore.

♦ Equally pernicious, the deep state has been engaged in a global child/human trafficking syndicate for decades, and with central bases of operation within Ukraine, yes, that bastion of hell under Zelensky’s control!

♦ As per “45’s” cooperative efforts with Putin to rid of these scourges, well, it is more likely than not (a 50%  + probability) that they are fruitfully engaged. When it comes to President Xi, this jury is still out.

ONTO the latest report,

(MEMO: In relation to the reference to Israel, a word of caution is in order, that is, before jumping to erroneous conclusions: With non-stop attacks from lethal enemies (dare it be mentioned, it was a mere 10 months ago, May 2021, that fleeing hither and yon to bomb shelters from missile/rocket barrages from the barbarians ensconced in Gaza was part of this writer’s, with millions of others, daily ritual for 3 weeks … alas, no stranger to bombardments!) near and far, and surrounded from every side with a width and depth no more than the size of the smallest states in the U.S. (view here), not to have bio-labs outside its borders, well, would be suicidal. Read: Defensive weaponry.)

A Mar-a-Lago source speaking to Real Raw News under promise of anonymity said on Saturday that President Donald J. Trump has spent much time in private council with his most trusted advisors ever since Russian Vladimir Putin began sacking biolabs and freeing imprisoned children in Ukraine.

RRN was the first outlet to report a liaison between Trump and the Russian leader, a sentiment now echoed by many alternative news sites across the net.

Trump has privately applauded Putin’s resolve to cleanse the corrupt nation of bioweapon labs and child trafficking rings that appeared across the Ukrainian countryside at once after it declared independence from the USSR on 24 August 1991. Within months of the dissolution of the USSR, Western money squirted into Ukraine like water from a high-pressure hose. Millions of dollars from the U.S., Germany, and Israel poured into the private coffer of then-president of Ukraine Leonid Kravchuk who happily accepted American cash in exchange for allowing foreign powers to build bioweapon labs on foreign soil.

On Saturday evening, shortly after Trump concluded a “Save America” rally in Florence,  he told his inner circle that the United States would soon experience a “very big reckoning” similar to what is occurring in Ukraine.

“Trump said it was almost time for the reckoning, a time the nation will be made aware of what’s really going on and the actions he has taken to once and for all wage war against the Deep State cabal, both in the U.S. and abroad. While it may seem hard to believe, he’s been working alongside Putin and Xi Jinping to rid the world of not only the bioweapon labs but the infestation of child pedo rings that have literally swamped the world. China says that the U.S. has set up biolabs in Taiwan, too, and that’s one reason they’ve shown interest in retaking it,” our source said.

“Trust me, we’ll soon have an unbelievable reckoning here the likes of which no one has ever seen. It will be unbelievable, and the haters and loosers in the Lamestream Media will deny it, but the truth will be made public,” Trump reportedly said. “Don’t believe Fake News. I’ve never gone anywhere. I’m not coming back. I’ve been here all along.”

“Soon, very soon, the country will know the truth about what’s going in Russia and Ukraine, it will be tremendous, and the truth about 9/11 and so much more. Those tremendous frauds are nasty hells of catastrophe,” Trump continued.

Amazing things will soon replace the despair and despondency so many Americans have faced, our source said.

2 thoughts on “Trump Promises a “RECKONING”  ”